Nakamuraya is a Japanese-style hotel in a Yuzawa area of Iizaka Onsen.We have 2 buildings.
EDOKAN was built for the last years in the Edo Period.MEIJIKAN was built the middle in Meiji Period.
These are a building of 3 floor of the wooden construction of the white wall depot structure.
This building enjoyed everybody for a long time as a symbol-like building in an area with sabakoyu and Kyu-Horikiri-tei(Famous old house).
Two decorated family crests of [Hanabishi] [in a circle, feather of a difference hawk] are on good terms and line up by trowel art in the second floor outer wall in front of “Edokan”.
We can feel that Many people loved this hotel.
Various kinds of woods are used for an alcove.
Maple, pine zelkova tree and the other native wood.
There are simplicity and artistic room.

Meijikan was enlarged in 1896.Outside is three story of warehouse like Edokan.
These outer walls are general plaster completion.Zelkova tree is used luxuriously inside Edokan.
That alcove is made with shoin-zukuri.The valuable tree which isn’t obtainable present is used there Rosewood,Ebony,Cassia siamea,Diospyros kaki Thunb,and so on.
There is wonderful decoration in everywhere.Now Those beautiful work can’t be seen easily.
Many spectator came from the neighboring district suburbs.Because three story of structure was very rare then.
A master builder is Mr. Izanami Kunitarou Ogasawara.He also built an important cultural asset in Date-shi.
We’re requesting the present upkeeping of Mr. Hujio Miura. 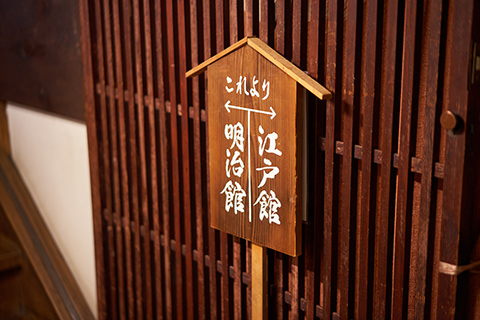 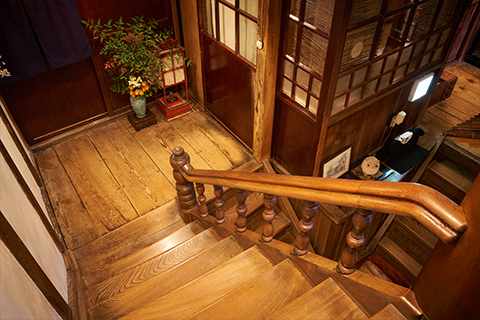 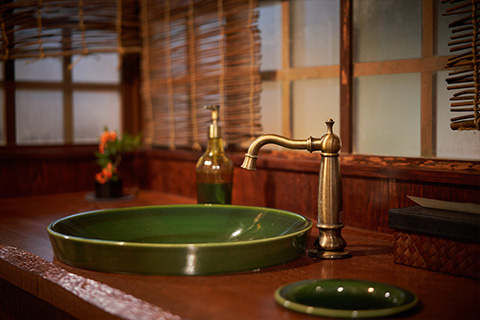 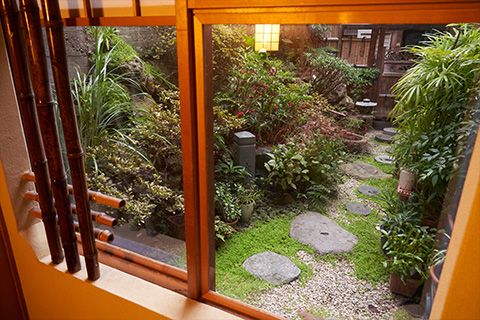 Nakamuraya was established in 1688.Hanabishi-ya have begun to run it at the present place.
It ranged in 18 generations to the middle in Meiji Period, Our ancestor were carrying on an inn in Tsuchiyu hot spring.
But We were disturbed by repeated flood and fire.They thought the future became bad.
So they decided to move to Iizaka Onsen.
In 1890,They bought Hanabishi-ya.The business has been started as the nakamuraya in 1891.
Since that, more than first century history is piled up.We inherit seven generations.
There is long history in Iizaka Onsen Yuzawa area.Around second century,Yamato Takeru has come.In 1689,Matsuo Basho who has a Japanese famous haiku poet dropped in. While it was travel called “Okunohosomichi”, he dropped in at Sabako-Yu,HOrikiri-tei.
Besides many old buildings are also left here.It’s popular area where you can feel the old good hot spring feelings at present.
In 1998,Two houses, Edo-kan and a Meiji -kan were designated as national registration tangible cultural properties more than the Ministry of Education, Culture, Sports, Science and Technology.
We suffered damage of large-scale partial destruction by an eastern Japan great earthquake in March, 2011.
A rehabilitation prize was won in Fukushima-ken construction cultural prize the 32nd time in 2016.
BecauseVia constructing it for 4 periods after that a restored thing was estimated by the original form.